It isn't quite the story of a lovely lady who met a man named Brady.

Yet, not unlike that 1970s blended TV family The Brady Brunch brought together in holy matrimony, our Global Creative Services team came together as the result of the corporate equivalent of marriage---mergers and acquisitions--that resulted in transformational changes to our firm in just a few short years.

As the result of those deals, we had creative teams located in Princeton, NJ; San Francisco and London---each one operating autonomously serving clients in three of our largest offices.

It wasn't long before our management team knew "that this group must somehow form a family," and the three teams became one in late 2011.

At the onset our overall objectives were clear: produce consistently exceptional creative output (especially important since we were launching a new visual identity for the firm) and increase collaboration.

To that end we quickly formalized meetings and processes that would require that the three teams work together to get things done. And what exactly did we do?

Very quickly, one hour each day---9 a.m. in San Francisco, noon in Princeton and 5 p.m. in London---became booked with standing meetings to accommodate the three different time zones.

To be honest, at first there was a tendency to identify more with each individual team's past than our collective future. But soon, the teams started to see themselves as one global group and the mutual respect and genuine affection increased. And much like a real family, when times got tough, they pulled through for each other.

One of the early successes of our global team transpired in the aftermath of Hurricane Sandy. The Princeton team's ability to work was hindered due to the storm; however, their critical deadlines were still met due to the support of the London and San Francisco teams. Leveraging global connectivity and business continuity, the other teams in London and San Francisco took on additional tasks and responsibilities, working extra hours until the Princeton team was up and running again. Not because they had to due to a corporate mandate---but because they genuinely felt compelled to do whatever they could to help their friends. 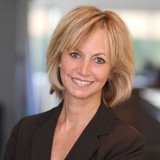 The Head of the Global Creative Services team at BlackRock, the world's largest asset manager. She leads a 48-person in-house creative team, within the firm's Global Marketing and Communications group, responsible for the development of an array of marketing materials and corporate communications including brochures, direct mail, sales support tools, event materials, promotional items and booth-ware. Carol has more than 30 years of experience in marketing and communications, of which the last 17 years have been in the financial services industry.