Core Values Bridging the Generation Gap in the Workplace

This is the last in a series of four blogs that provide insight into the multi-generational workforce. If you haven't already read the first three installments, please see Leadership in the Multi-Generational Workplace, Cross-Generational Mentoring and Generational Conflict in the Workplace.

We've all heard phrases such as "These kids don't have any work ethic," or "Those old-timers are stubborn and set in their ways." They are typically followed by a groan and eye rolling.

Rather than focus on the differences between the behaviors of various generations and judging which one is better or more acceptable, leaders can bridge the gap and create harmony in the workplace by focusing on the similarities, such as the core values.

Focusing on core values can create open-mindedness and flexibility within a company culture, which is key when managing a multi-generational workforce. Considerable time has been spent identifying the differences and potential gaps between generations, but there is compelling evidence that we are more alike than different. With that in mind, leaders should work to create workplaces and cultures that nurture everyone, regardless of age. Contrary to popular belief many people, regardless of generation, share the same values. If there is friction, it's generally due to the behaviors surrounding their values, not necessarily the values themselves. That's why leaders should equip their employees with tools to deal with diversity of thought and action.

In the book, Retiring the Generation Gap, Jennifer Deal explored this notion and conducted several studies on what values were most important to each generation. The resulting data showed not only that the generations prioritize their values similarly, but most of the disagreement over priorities came from within the generations themselves.

For real progress to occur in the multigenerational workforce, flexibility and openness on thepart ofevery age group is critical. Here are some ways to encourage it:

Employ mission-based hiring. Organizations that hire employees who are passionate about their mission often find generational conflict is less of an issue. Because they share a common thread, employees can navigate diversity topics with more agility and success. Shared mission enthusiasm trumps age differences.

Foster curiosity and open dialogue. Given that core values are likely in alignment regardless of what generation someone belongs to, if an organization hires the right people, trains them well and promotes an inclusive culture, employees should be curious enough about their peers to work to uncover the truth when conflicts arise instead of going with their initial interpretations. Keep lines of communication open to promote shared values.

Avoid the generational stereotypes. Overcoming existing stereotypes is hard. It takes a conscious effort to distinguish your own talents and not let preconceived notions do that for you. Workers need to match their vision of success with the work ethic that it will take to get there -- meaning a willingness to go beyond what's expected. Leaders can help the situation by actively looking for and intervening when there's a dysfunction in the workplace caused by misunderstandings and generational judgments.

Build a strong department culture. A strong company culture allows team members to work better with one another, regardless of their generational differences. When your department culture supports a collaborative, friendly work environment, your employees are likely to get along--regardless of age differences. Treat everyone with respect. When your culture supports respect among peers, your team is much more likely to get along and be productive.

Encourage generations to learn from one another.Understanding and appreciating that there is a great deal to be learned is an incredible benefit to professionals in any generation. Learn from everyone. Younger from older, and older from younger. Each generation has much to contribute.

Adapt communication style. Leaders and employees should make a concerted effort to communicate with their colleagues in the ways each person prefers. Face-to-face team-building exercises can help bridge some of the barriers that all too frequently occur with inter-generational communications.

Get the Most from Your Entire Team
Your organization will benefit from attention to generational differences--and similarities--while building and maintaining a multi-talented team. Your goal as a leader is to get the most out of every individual, from every generation. To achieve that, understand the differences but emphasize the similarities. 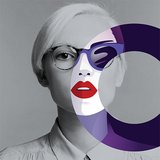 Cella is an award-winning leader in consulting, staffing, and managed solutions for creative, marketing, digital and proposal development teams. We help people build meaningful careers and partner with companies to help them win. Our secret sauce? The Cella Trifecta: we have the right people, we understand our clients and we deliver results. Success requires a partner who offers all three. Together, we put passion to work. Cella has won the Best of Staffing® Client and Talent Awards for over a decade.