This is Part Two of a three-part essay on how to speak about website services. If you missed Part One, catch up here.

As the demand for websites grows, budgets shrink, and ambiguity reigns, the value of a comprehensive digital division within an in-house studio is continually rising. Yet delivering websites comes with its own unique types of challenges, not least of which is how to talk about websites. In Part One of this series, we discussed discovery and design. Part Two deals with the equally critical phases of execution and quality assurance.

Phase Three: Execution
In a traditional website lifecycle, execution begins when the discovery and design documents are approved. At Merck Creative Studios (MCS), we'll hold a kick-off meeting, invite all the internal stakeholders and review the approved deliverables to date. Often, due to the complexity of the project and the duration of execution, we have multiple developers assigned and we also have roles for the Information Architects (IAs), Business Analysts (BAs), and designers who have contributed to the project up to this point.

There are dozens of ways to effectively execute a website, but they all have some common characteristics - chiefly communication and coordination. If nothing else, make sure your kick-off is effective by establishing everyone's role, a calendar of milestones and the expectations and rules for communicating. This alone won't ensure effective execution, but it will allow the team to identify issues before they become critical and provide a common platform of accountability.

Some practices to help avoid common mistakes in execution include:

QA is about effort. If you invest resources in QA, you can do it well. Conversely, small investments have bad results. Like execution, we'll hold a kick-off for QA bringing unbiased people on board and giving them context for review. We'll have different people validate the project from different vantages. A designer will compare the site against the approved mocks and where there are no mocks, against the experience brief. We'll have a copywriter read through all the user interface labels and directions, making sure copy reinforces function. We'll have an IA review the site against the wireframes and the Business Requirements Document (BRD), ensuring the site behaves as we intended.

A project manager is responsible for coordinating all the feedback, organizing it and getting it assigned to the proper people. We'll do QA fixes in one-week sprints by holding a planning meeting in which specific work packages get their assignment, estimate and deadline. Sometimes fixing one problem results in a new problem - this is normal in the early stages of QA. We'll add those new issues to the list and continue with one-week sprints until the entire list is closed.

Some practices to help avoid common mistakes in QA include:

Part One provided a vision of setting up a project to succeed. Part Two discussed the execution of that vision. In Part Three, we'll talk about presenting the final site to the client and all that follows. 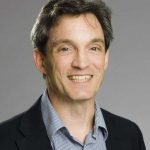 Matt Galemmo, the Interactive Team Lead within the Cella Studio at Merck Creative Services, grew up embracing the internet revolution in the 90s and has dedicated his professional career to discovering practical applications from the technological to the theoretical. Having worked in publishing, commercial marketing, learning and development, and now pharmaceuticals, Matt has made it a habit to habitually rethink challenges, embracing change, and drive organizational evolution.