Yes, from my MacBook Pro loaded with the Creative Suite, I typed "Thank you Microsoft." What likely failed to come through was my sarcasm. Microsoft Millionaires and the resulting practice of term limits have lead to what one creative leader has termed "where Legal crushes creativity, collaboration and engagement in one fell swoop."

I know this may sound harsh, but it's a reality facing many creative leaders today. Eighty percent of creative leaders whose companies enforce term limits agree or strongly agree that "Term limits are disruptive and create challenges such as lower institutional knowledge and too much time spent recruiting and onboarding." [1] Across the past four years I have heard creative leaders speak about "term limits" at almost every event Cella has hosted, and never has it been an endorsement speech. Let me step back...

Background
In the late 1990s, several thousand independent contractors and contingent workers sued Microsoft, claiming that because Microsoft exercised the right to control their work, they were de facto Microsoft employees--and therefore entitled to be "Microsoft Millionaires" by participating in Microsoft's employee benefits plans. The contractors at Microsoft won their suits and set off a rush by employers to adopt term limits on contingent workers providing services on their premises.

The Pain Point
Contingent labor is a valuable asset for in-house creative leaders. Using freelancers allows teams to grow and shrink based on volume or skill set requirements. It also allows managers to test-drive talent--some call it the "try-before-you-buy plan." In addition, many organizations are approving the hiring of contractors but not full-time employees, which has created a significant dependency on these team members.

The challenge that term limits create is that by the time you select, on-board and bring a contractor to full strength performance, it could be time for them go; 17% of teams with term limits have a maximum term of 6 months or less.1

When you couple the company mandates to minimize fixed costs leading to a higher percentage of the creative team comprised of contingent labor WITH term limits, you get more churn and disruption in the creative team--which I am sure we all agree can lead to slower cycle times and increased errors, which in turn can result in lower client satisfaction and more fires for you to fight.

Minimizing the Pain
The pain is highest in organizations with high dependencies on contingent labor--in almost one out of five creative teams contingent labor makes up more than 25% of the team.[3] If 25% or more of your team members were turning over every 12 months, imagine the disruption and inability to evolve as an organization.

Longer term limits are certainly helpful in minimizing the pain, though it's unlikely the Legal department will adjust the policy--but worth a shot, so don't ignore that avenue. 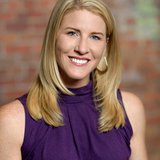