The past 8 years have been an interesting eight years to be in the staffing industry. The economy was amazing and then it tanked and now it is recovering. The hiring landscape for general hiring managers and, more specific to my experience: creative hiring managers, has changed.

When I started in my role at The BOSS Group, we were in the midst of a 'booming' economy and the demand for top talent was high. The college grad unemployment rate was just 2.2%.[1] By July 2009, the rate had increased to 5.3%,[2] but since then has dropped to 3.4%[3]--still a relatively low number. But that 2009 number has created a perception that there's an abundance of talent available when in reality and when tied to the below points the talent market for our niche is rather tight.

It used to be a common key client criterion for hiring that candidates have a 'respectable' amount of tenure in their job history, especially for full-time roles but even for temporary projects. A Labor Report study in 2006 stated "the average person born in the later years of the baby boom held 10.5 jobs from age 18 to 40." That is an average tenure of over 2 years for each job held. A Labor Department study from this year found that of people born after 1980 the average number of jobs held by age 27 was 6.2! And, of those jobs 57% were for less than 1 year. Given that information, the criterion for 'respectable' tenures at one location is becoming a thing of the past.

Another theme that struck me as a significant shift is tied to the complexity of hiring needs in 2014 versus 2006. In one of The BOSS Group's key office locations, mostly comprised of in-house clientele, a whopping 81% of positions requested in April of 2006 fell into 'traditional' titles and responsibilities. The positions I am referencing include Production Artist (YES-with a healthy mix of Quark use back then!), Print Graphic Designers, Desktop Publishers, Proofreaders, Editors, Traffic Coordinators, PowerPoint Designers, etc. In April of 2014 that same geography saw just 41% of its needs fall into these more traditional creative roles. The majority of the needs have been replaced with digital roles--app designers, data visualization designers, user interface designers, digital marketing experts, video editors, etc. with a smaller pool of 'expert talent' to draw from for placement.

All of the three above points have lead to one conclusion: hiring in 2014 is MUCH more complex than it was in 2006! The key to successfully navigating these new norms comes down to changing the hiring process and criteria to quickly procure top talent.

First, understanding that there is not an overabundance of college-educated talent, and more specifically of quality creative talent with progressive skills, is a must. When in a tough economy from 2009 forward, it became normal to evaluate 3-4 candidates prior to picking that next hire. Doing so today and causing a delay in locking up a solid candidate by even a period of a few days can cost you that hire. Flatly said, solid candidates are being hired quickly. Secondly, it has become normal for talent to have shorter tenure rates than in prior years, especially with the increased presence of contract labor versus full-time headcount in our industry. Be mindful of this, and do not automatically discount talent because of a perceived 'job hopping' history--perhaps there are good reasons for this. Finally, recognize that the skills your department needs to be successful are much more complex than ever before. Make a solid list of "must have" technical skills and a list of "nice to have" technical skills. Interview candidates for both the short-term impact needed and the long-term impact of the skills they possess that may not be a requirement today, but may be tomorrow. The talent pool and our hiring needs are significantly different than just 8 short years ago; we need to approach procuring talent from a slightly different angle. 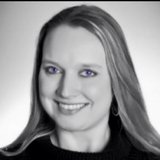 As Regional Director, Katie Brim is responsible for guiding all account management and recruitment efforts for Cella's Metro Philadelphia, Metro New Jersey, Metro Baltimore and Metro Dallas operations. During her 11-year tenure with Cella she has a record of success working with key clientele spanning multiple industries through multiple contingent workforce buying channels within Creative, Marketing and Digital arenas.